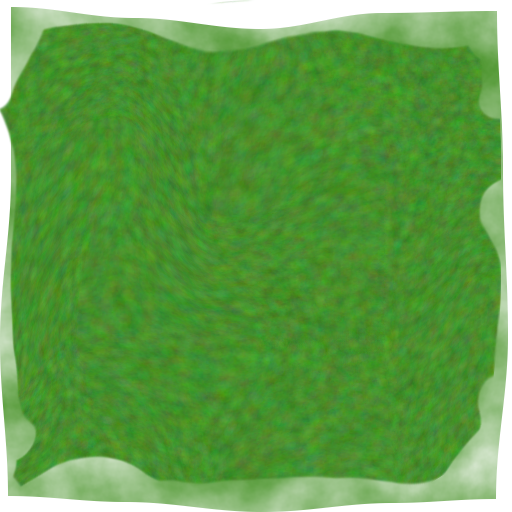 A fungal green is not your typical monster encounter. In fact, it probably will only be noticed as the result of another combat. The fungal green is a flat spongy mold lying just under the ground. It stretches from a 10 by 10 area to up to a 20-foot diameter. When a victim falls unconscious or dead from combat on the ground just above the fungal green, this fungal-ooze creature begins to pull its prey under through the earth. If no resistance is given, the body will sink completely under the surface in one minute (6 combat rounds), where it will be slowly digested over the next 24 hours. The fungal green has been known to attack sleeping victims as well. However, such prey typically wakes up after the first round of sinking.