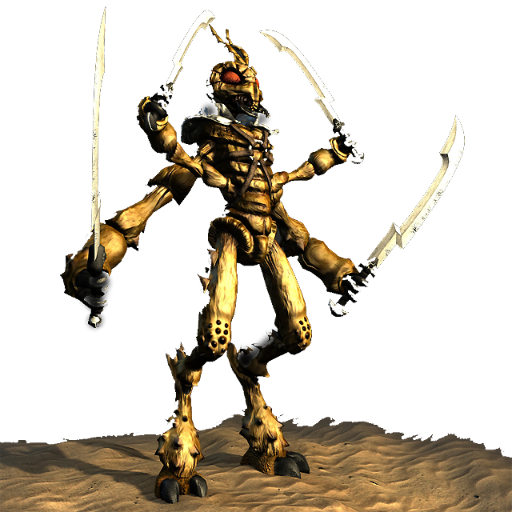 Manti are a race of insectoid bipeds. They have four arms and employ weapons. This translates to a total of 3d20 as an attack. Despite these many limbs, the manti do not naturally gain a multi-attack nor can they attack separate targets. Due to their chitinous skin, they are +2 to their AC against piercing damage. While social among themselves, they do not display emotion in any discernable way but rather secrete pheromones, which is also a method of communication between individuals of the manti. Mostly they lack ideas of devotion, honor, or loyalty, but this insectoids respect skill and strength. Their lifespans are short, living only about 10 to 15 years.